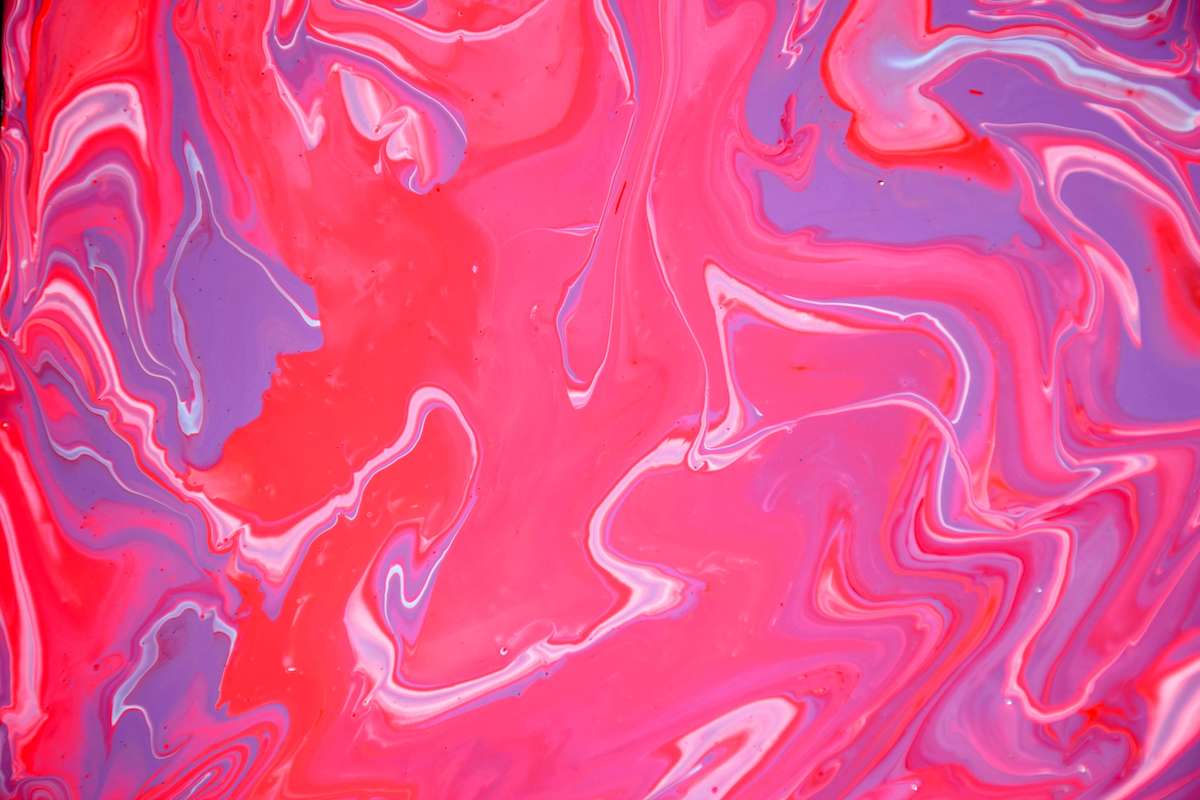 New Legacy’s team features a group of dedicated professionals with diverse skills, backgrounds, and talents, all of whom share a sincere passion to deliver results and serve our clients. 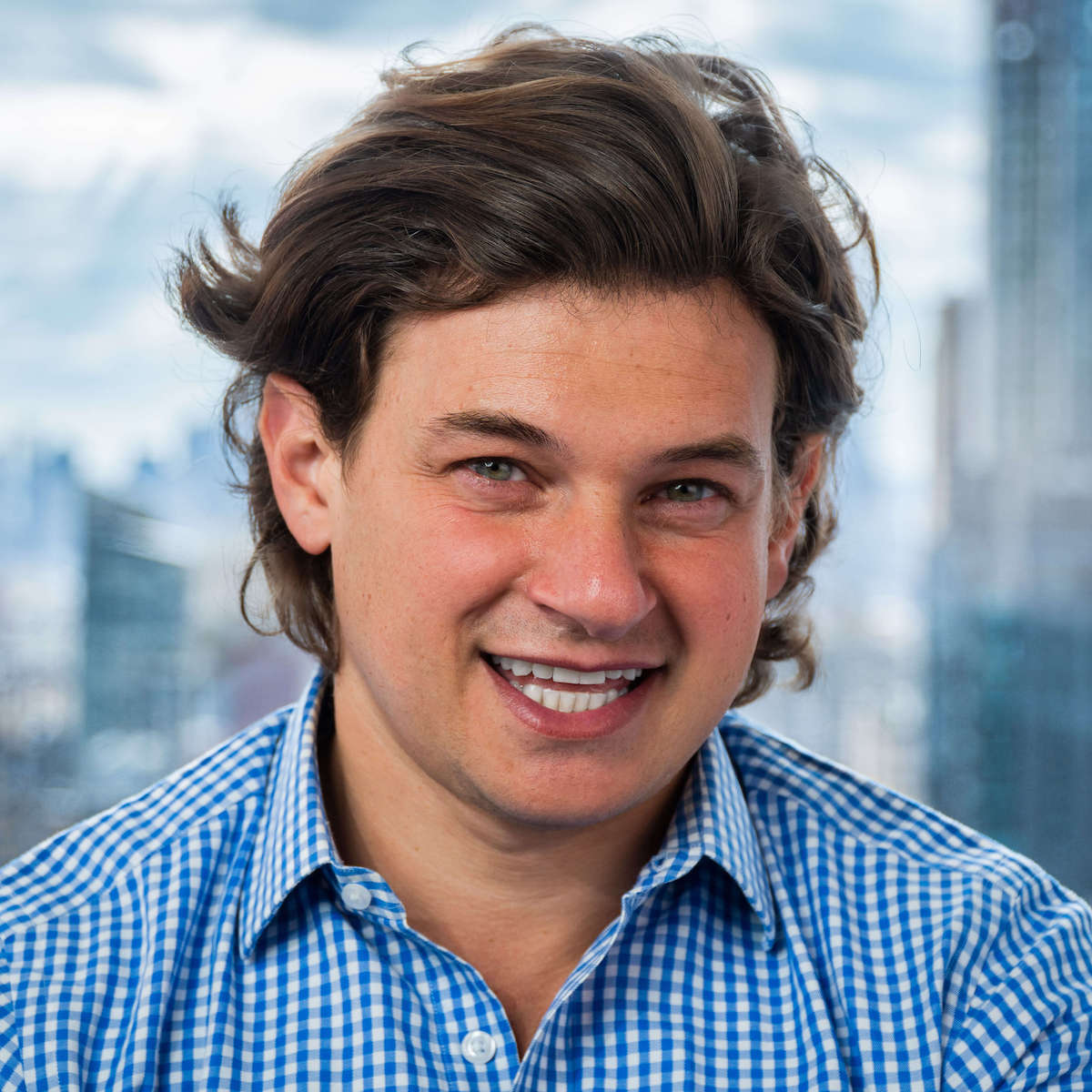 Mr. Joseph “Joe” Weilgus is the CEO and Founder of New Legacy Group and its associated funds. With over 23 years of experience in the financial sector, Mr. Weilgus has a focused approach to investing in early seed, venture, and growth spaces with particular interest in mobility, logistics, deep tech, and fintech.

Mr. Weilgus founded Project Sunshine, a multi-national children’s nonprofit organization, in 1998. He currently serves as Chairman. He is also an active member of the Young Presidents Organization.

Mr. Weilgus previously served as President of Geller Holdings, LLC and Managing Director, Client Relations at Geller & Co. Prior to joining Geller, Mr. Weilgus was Director of Client Relations at American Express Tax and Business Services. He started his career at PricewaterhouseCoopers in the audit practice, where he earned his CPA. He earned a B.S. in Accounting from Yeshiva University. 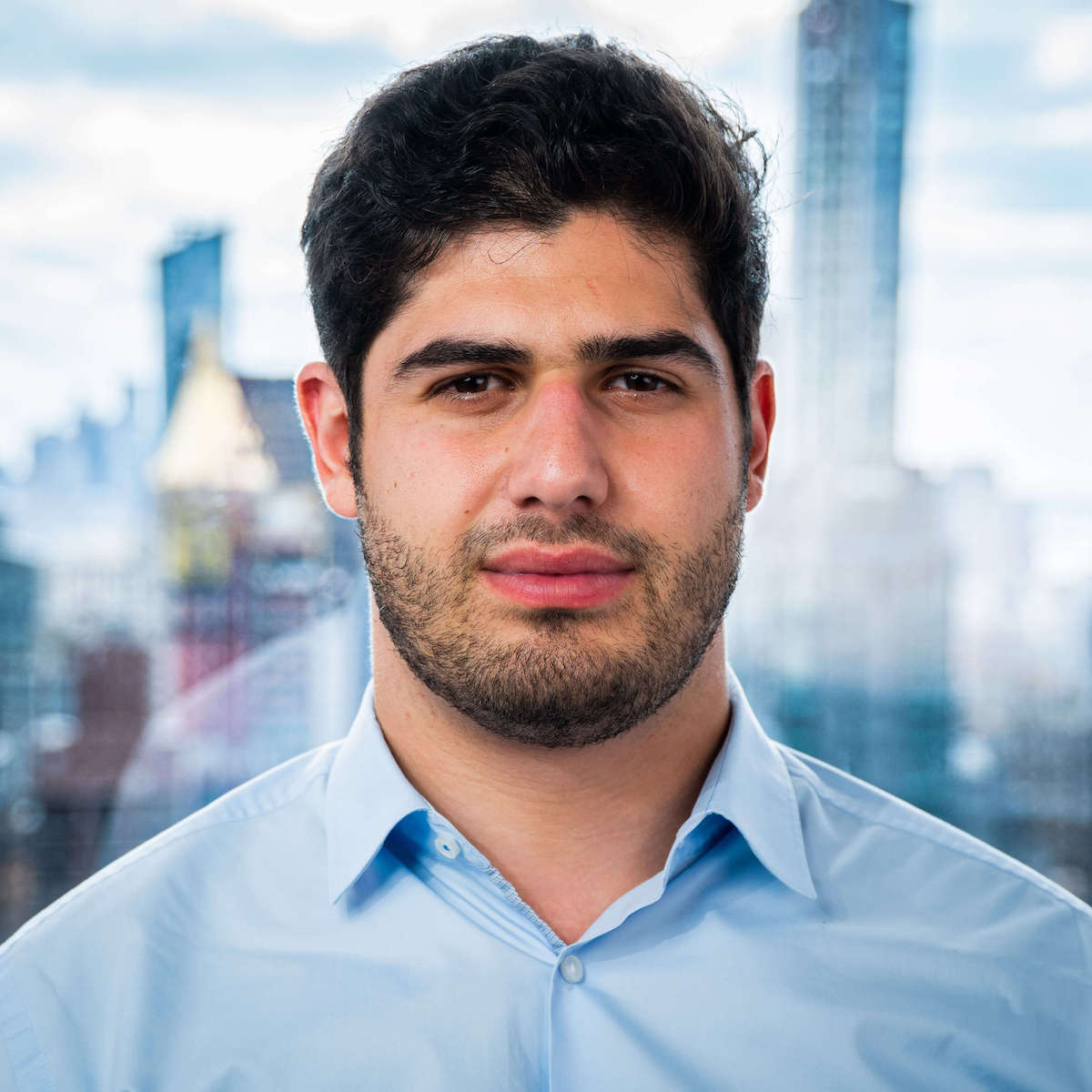 Mr. Theo Azouz focuses on sourcing direct investments for the Firm as well as business development utilizing his global network. Mr. Azouz joined New Legacy in 2019. Previously, he worked for Generation Three, an advisory firm based in London, England, establishing portfolios for family offices including private trust companies and foundations. Prior to this, Mr. Azouz worked for a transportation start-up based in London as a commercial account manager and for Rawbank in Kinshasa, Democratic Republic of Congo, in its credit department.

Mr. Azouz graduated from University College London with a B.S. in Anthropology. He further completed his Master’s in Finance at Zicklin School of Business, Baruch College. 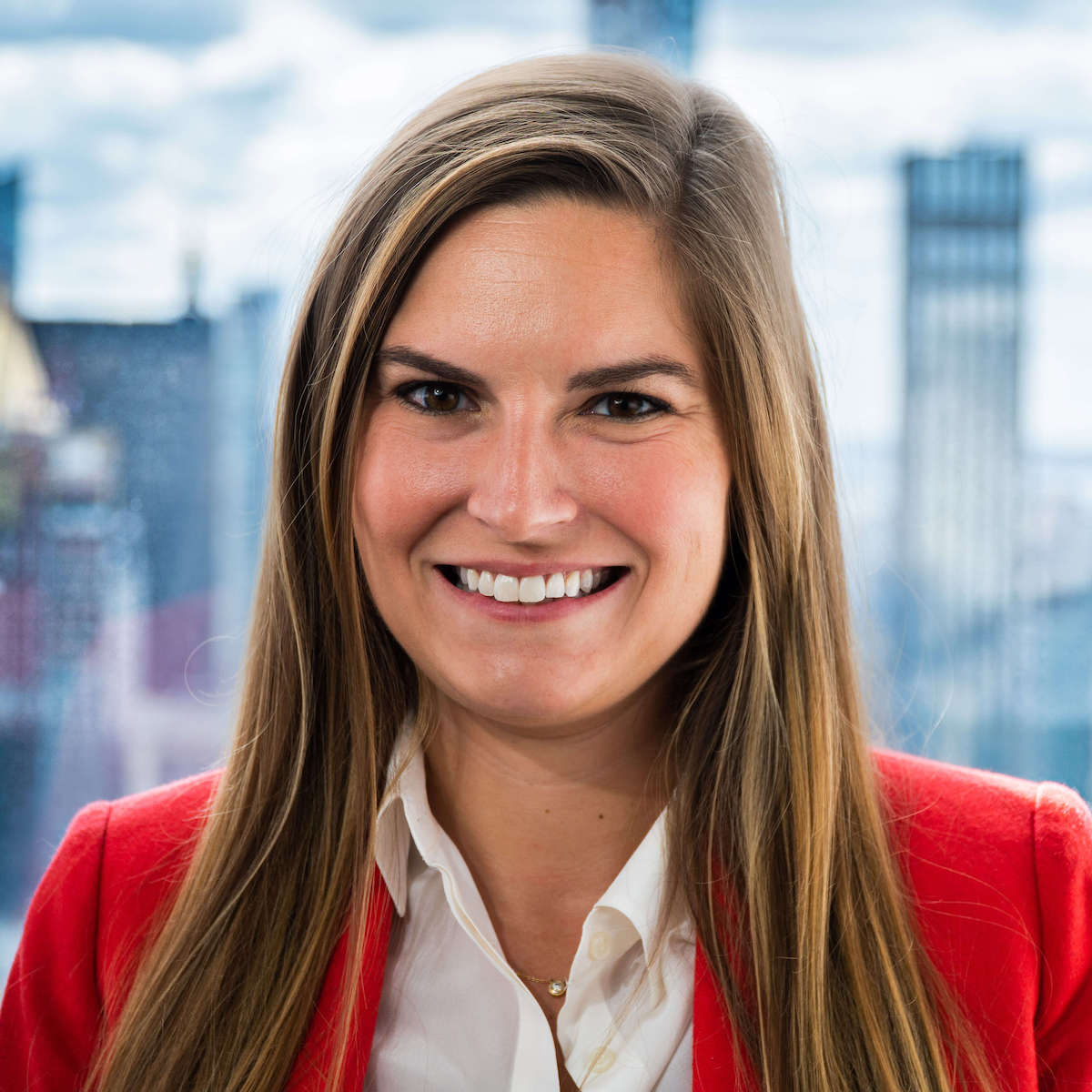 Ms. Bailey Ezell, CPA, currently serves as the Controller of New Legacy. She manages the daily business activities of New Legacy across all business units and has over 10 years of accounting and operations experience. She is heavily involved with the oversight of structuring new products and the mechanics involved with private shares as they go public.

Ms. Ezell joined New Legacy in 2018. Prior to New Legacy, Bailey worked at Brookfield Property Partners in the corporate accounting group. She started her career in public accounting and spent four years between PricewaterhouseCoopers and Deloitte.

Ms. Ezell graduated with honors from Furman University with a Bachelor of Business Administration. She then went on to receive a Masters in Accountancy from Vanderbilt Owen Graduate School of Management. She earned her CPA certification in 2016. 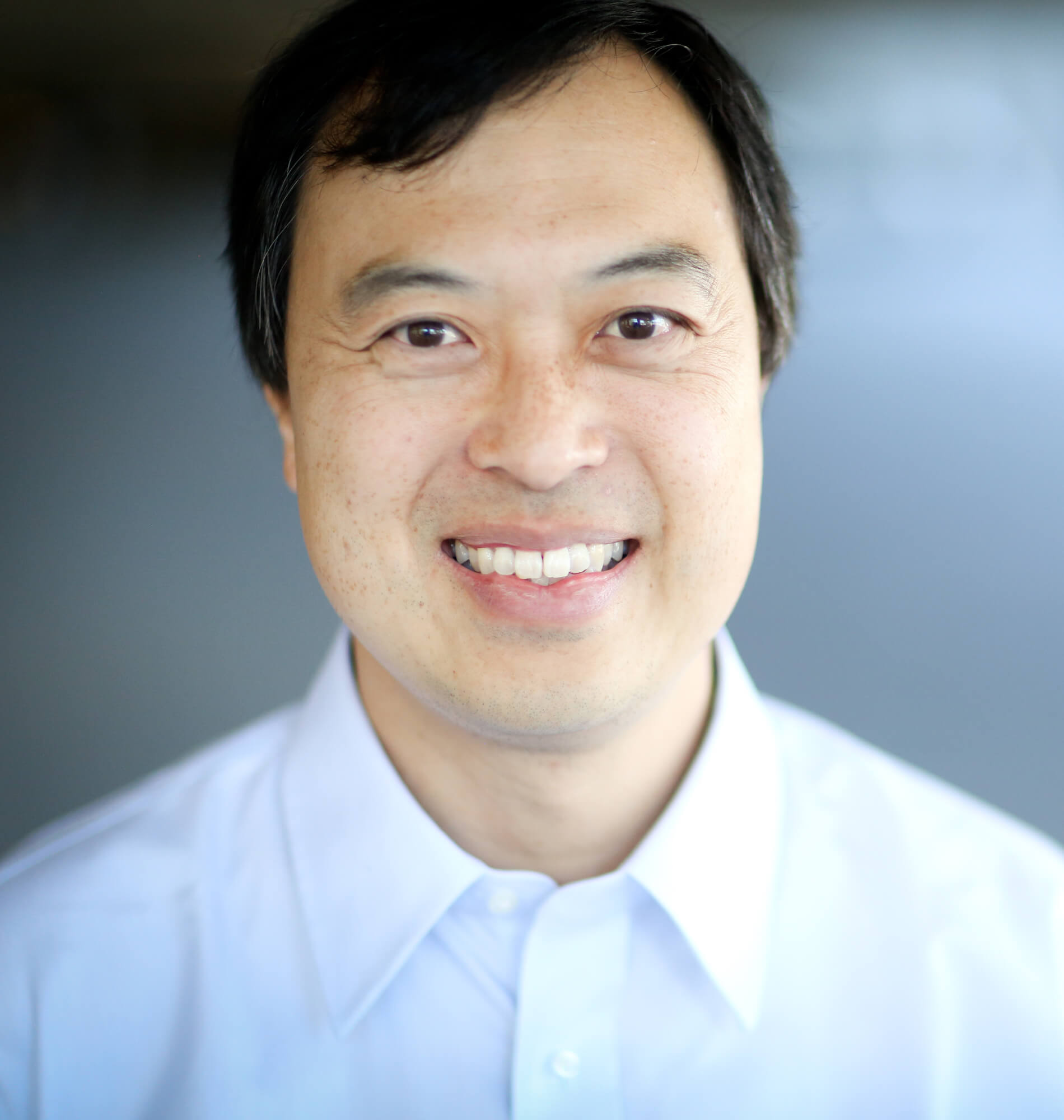 Dr. Alexander “Alex” Wong is a Partner in the New Legacy Opportunity Fund.  He brings over 20 years of operating and technical experience with portfolio companies in the technology industry, including financial and emerging technologies.

Dr. Wong holds a Ph.D. degree in electrical engineering from the University of California, Berkeley. 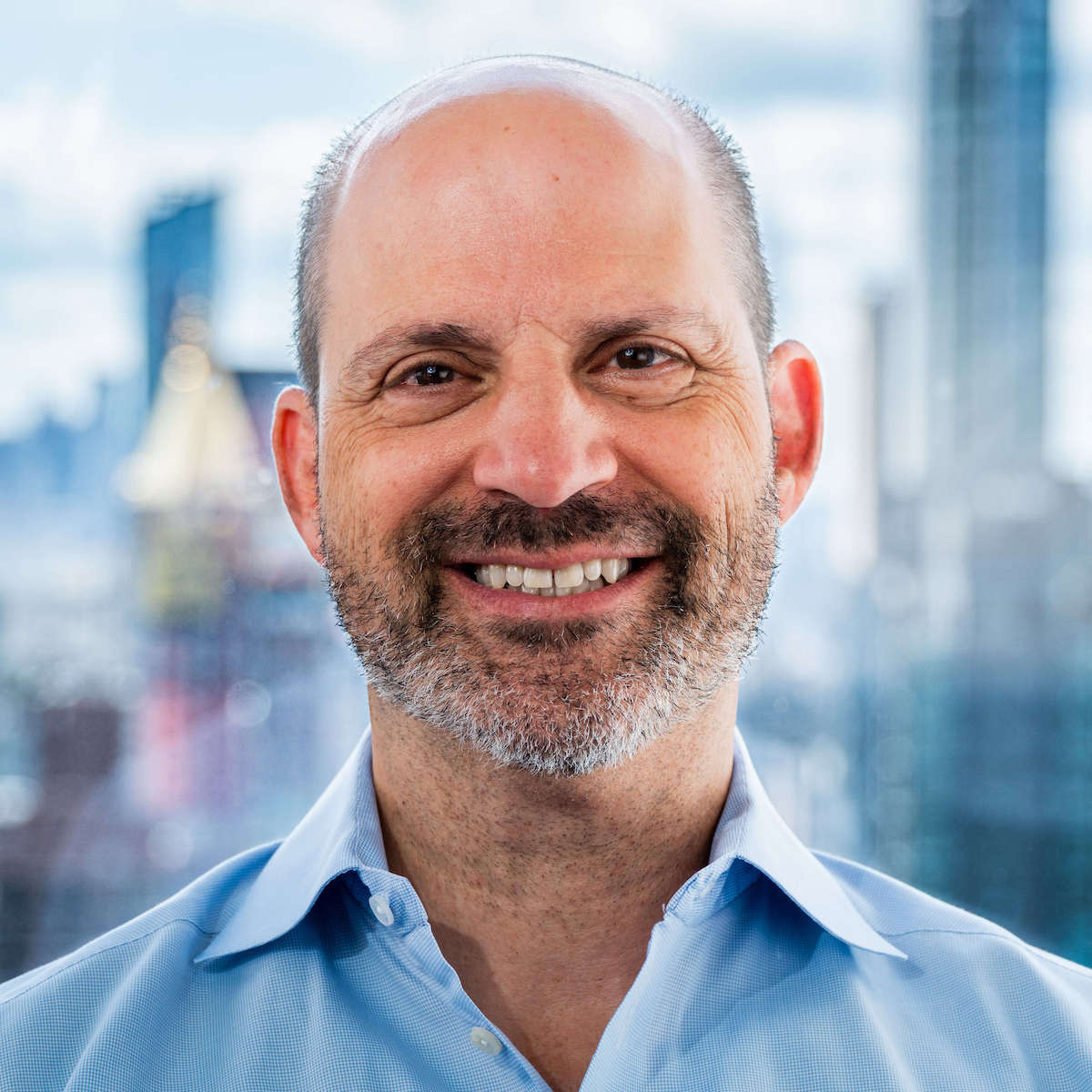 Mr. Adam Geiger is President and Chief Investment Officer of the New Legacy Group, a multi-disciplinary investment adviser. Mr. Geiger oversees a number of high net worth portfolios, managing public and private investments as well as other client portfolio needs.

Prior to co-founding New Legacy with Joe Weilgus, Mr. Geiger was Chief Investment Officer of Ivy Asset Management, a leading provider of hedge fund allocation and advisory products and services. During Mr. Geiger's 9½ year tenure, Ivy's assets under management grew from less than $1 billion to more than $16 billion, while the investments staff grew from about one dozen people in two offices to over 45 people in five offices around the world.‍

Prior to Ivy, Mr. Geiger spent seven years in a senior position on the trading desk at Twenty-First Securities Corp. in New York. As Co-head of Trading, he was responsible for managing several sophisticated investment programs, including a dividend capture strategy, an early form of capital structure arbitrage, two convertible arbitrage strategies and a number of other tax-advantaged trading strategies.‍

Mr. Geiger began his career in December 1982 at Merrill Lynch in New York City. During the course of his seven years at Merrill, Mr. Geiger developed and executed several sophisticated market-neutral investment strategies for institutional clients. Included among these were dividend capture strategies, index arbitrage and equity options arbitrage. 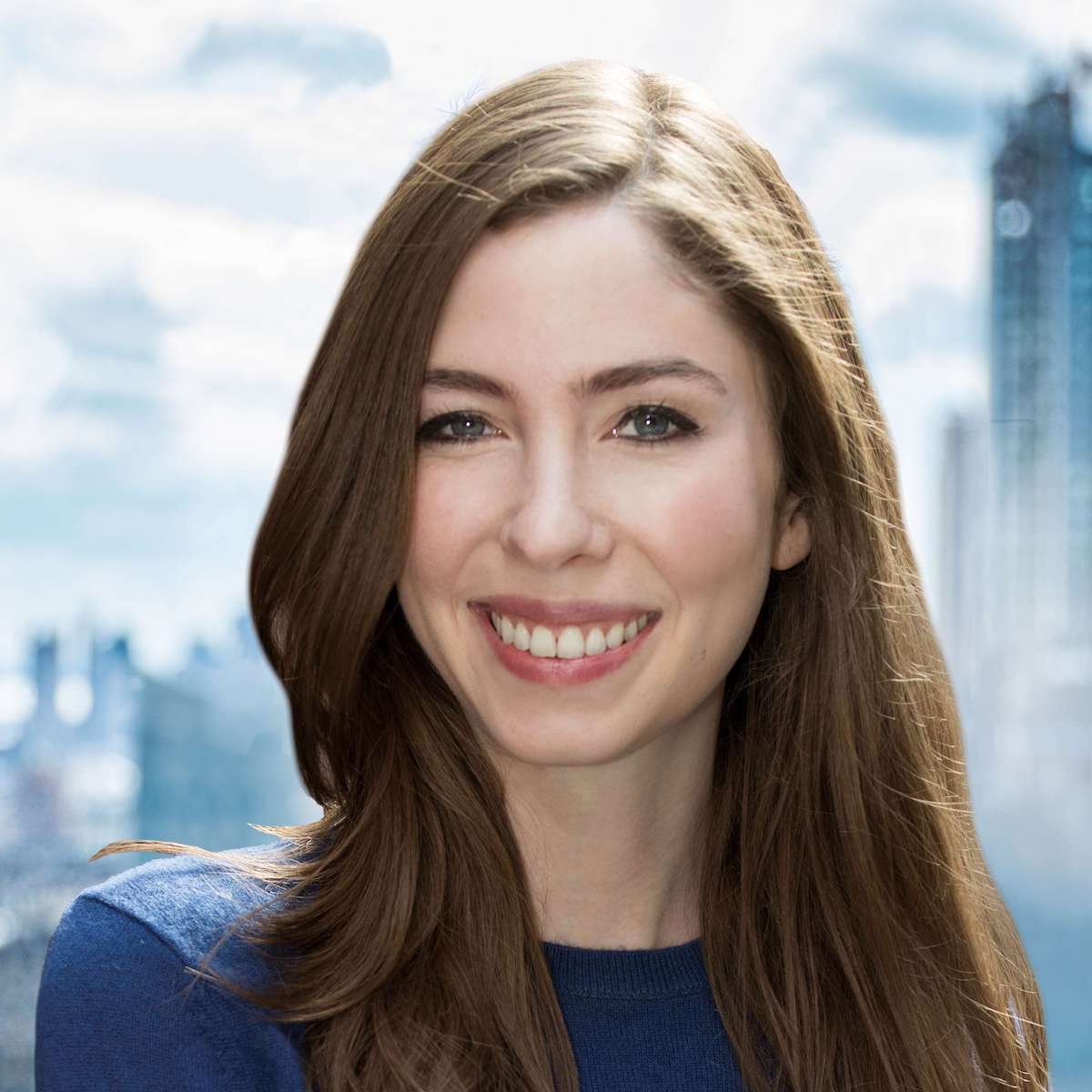 Dr. Justin Xiang is the Chief Scientific Officer of New Legacy Group, as well as the Chief Investment Officer and Co-Founder of Syno Capital, an affiliated global healthcare and biotech investment firm that emphasizes on cross-border collaborations between United States and China. In addition, Dr. Xiang is a senior advisor to Zhong An Insurance, a pioneer online insurance platform in China jointly led by Alibaba, Tencent and Ping An Insurance. He advises the firm on healthcare-related products and manages executive-level investor relations. Dr. Xiang also serves as Board Director with Cynvenio Biosystems, a liquid biopsy diagnostics firm in Los Angeles, CA and Orig3n, a stem cell (iPSC) technology company in Boston, MA.

Prior to his current roles, Dr. Xiang served as a Senior Scientist at Schrodinger Inc., a software and consulting firm backed by industry leaders including David E. Shaw and Bill Gates that specializes in computer-aided drug design for biopharma companies. He was responsible for developing next- generation computational tools for rational drug design and various other client drug development programs. Previously, Dr. Xiang was also part of Genentech’s Medicinal Chemistry team, where he participated in numerous lead drug candidate optimization projects. 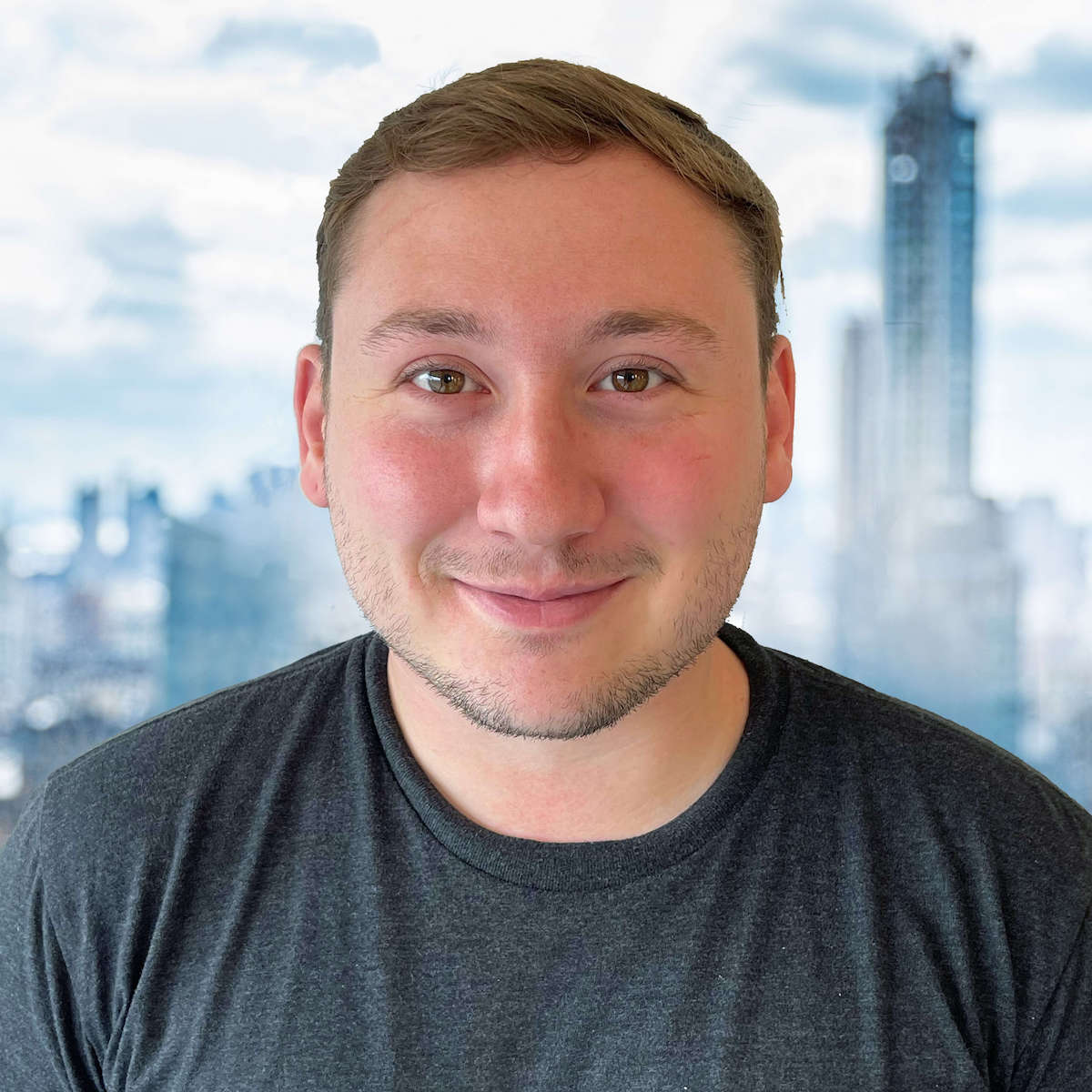 Mr. Petrole graduated from the Smeal College of Business at the Pennsylvania State University in 2017 with a B.S. in Accounting and a minor in Internal Business. He is a Certified Public Accountant in the Commonwealth of Pennsylvania. 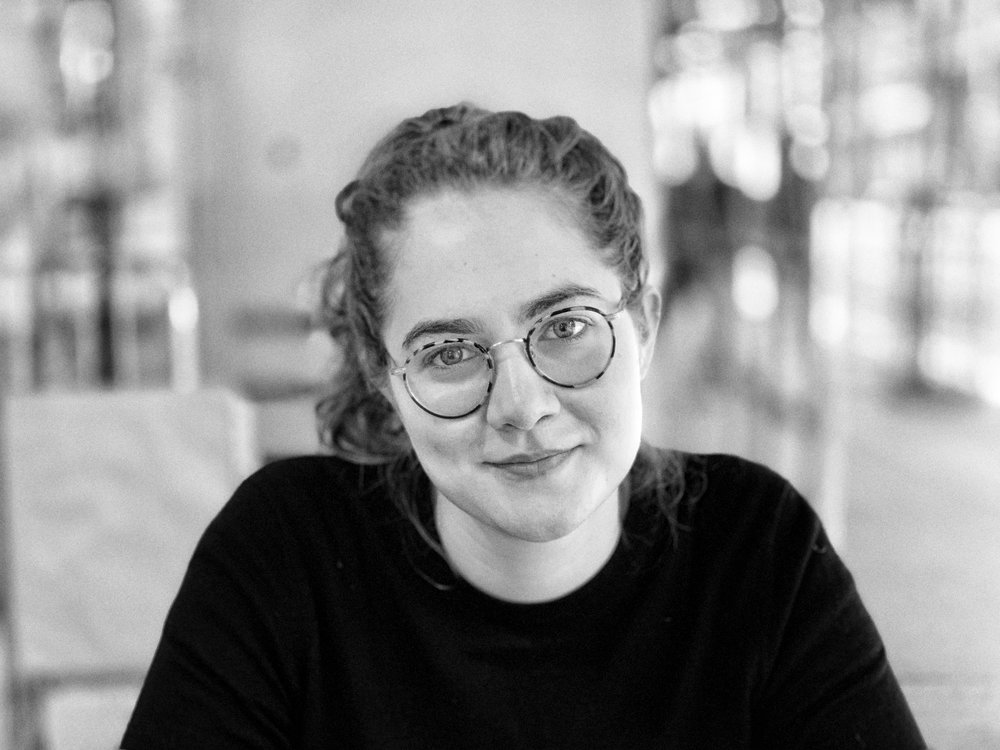 Ms. McIndoo graduated with a Master of Arts from University of St. Andrews in English Literature and Film Studies. 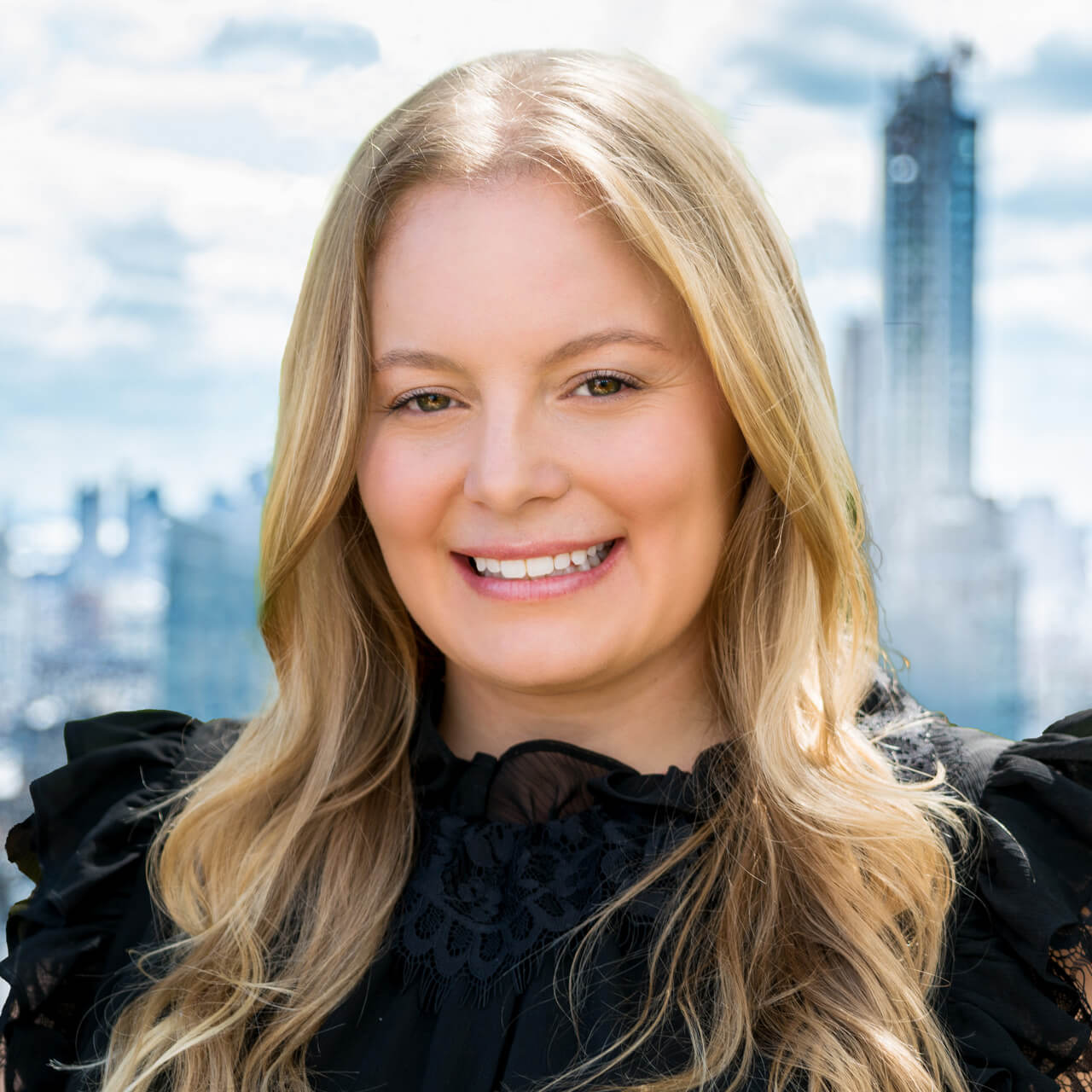 Ms. Levitt graduated from the University of Miami in 2013 with a Bachelor of Business Administration, majoring in Entrepreneurship. 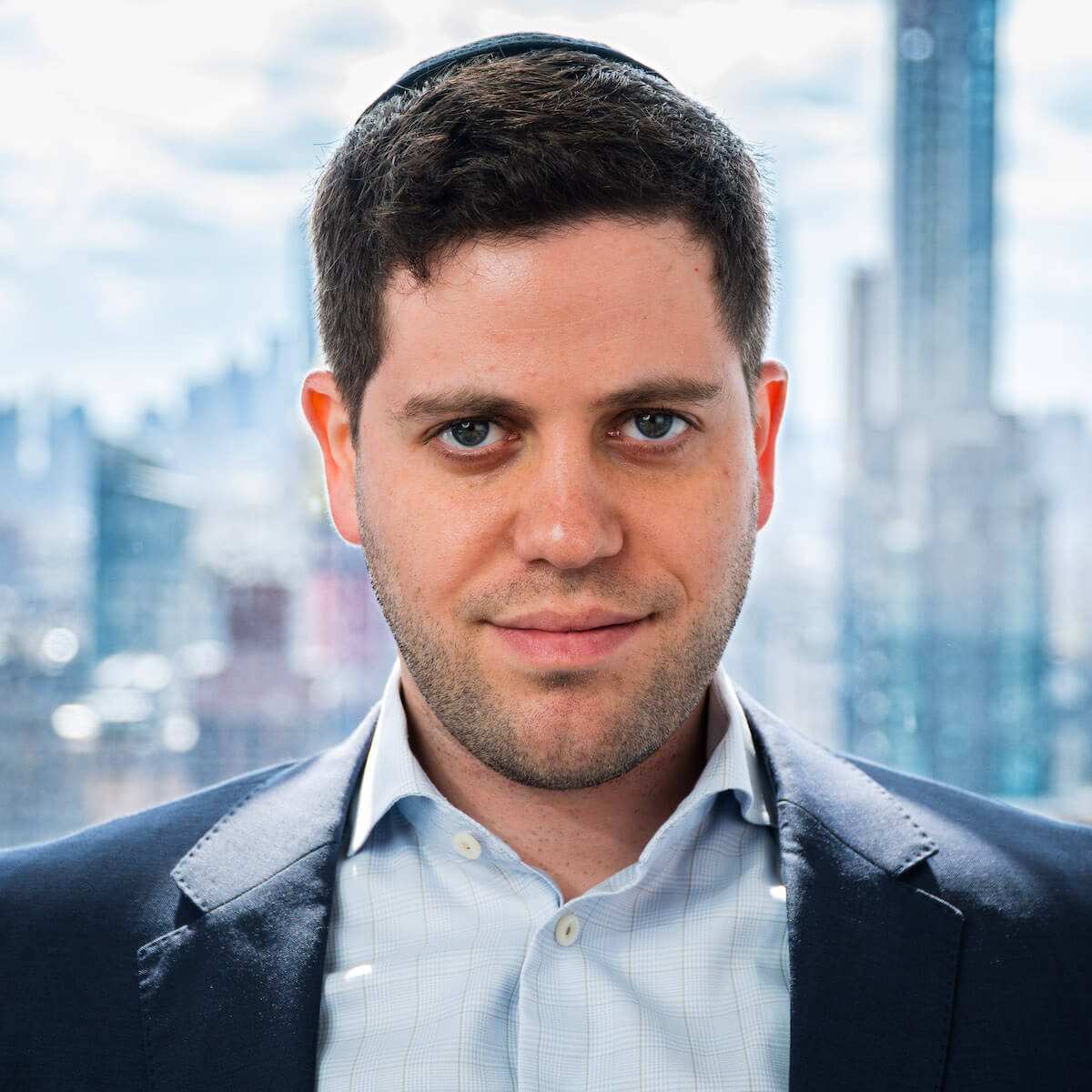 Mr. Friedlander graduated from Yeshiva University in 2012 with a Bachelor of Business Administration, majoring in Business Management. He is originally from Brazil and is fluent in Portuguese and Spanish. 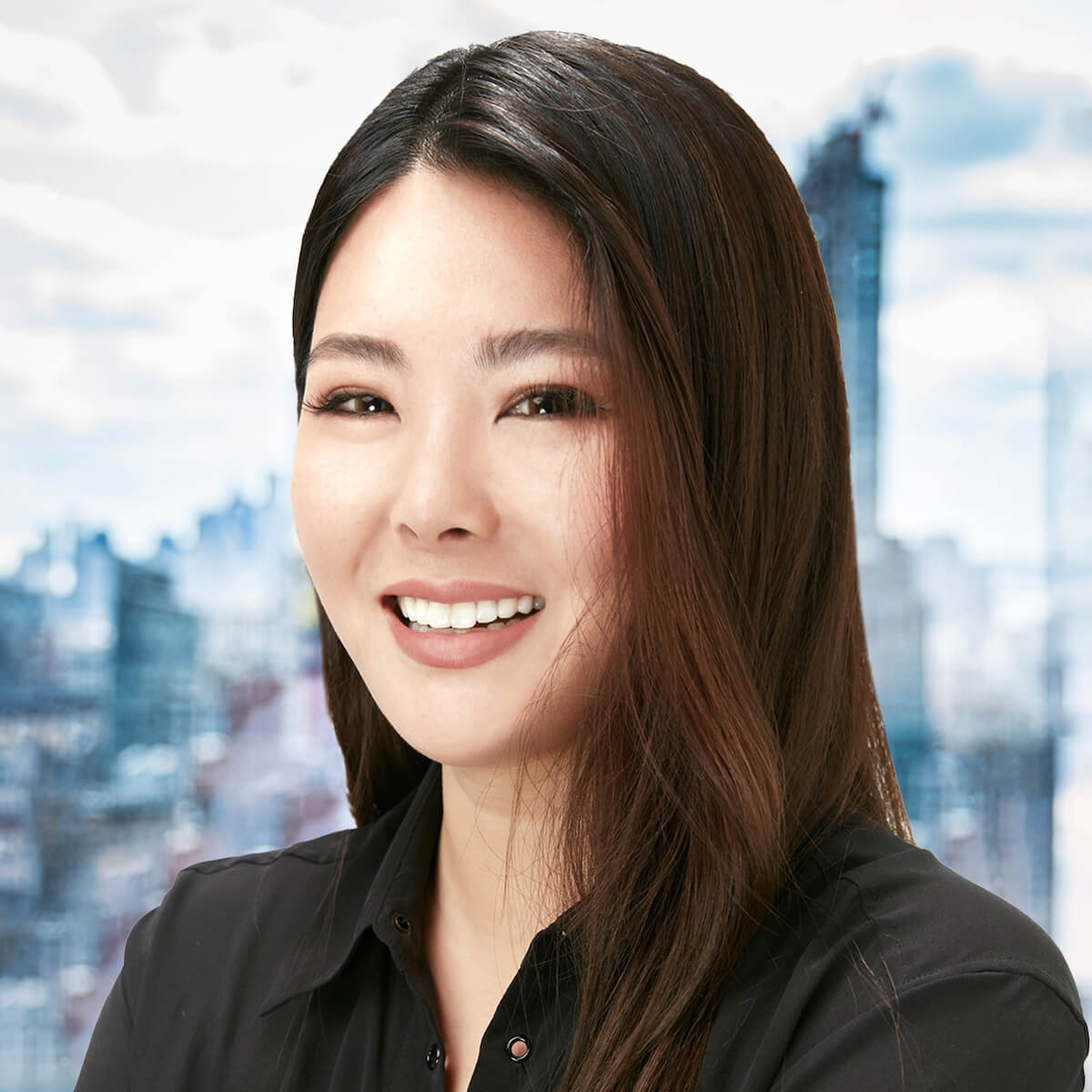 Ms. Deborah Zee joined the New Legacy team in 2013. She leads Business Development for New Legacy in Asia and is based out of Los Angeles. Ms. Zee has a background in multicultural marketing for companies such as Verizon and PepsiCo. She is a supporter of terminally ill and hospitalized children through the Indonesian Pediatric Cancer Foundation and Project Sunshine.

Ms. Zee graduated with honors from the University of Southern California Annenberg School of Communication and Marshall School of Business. 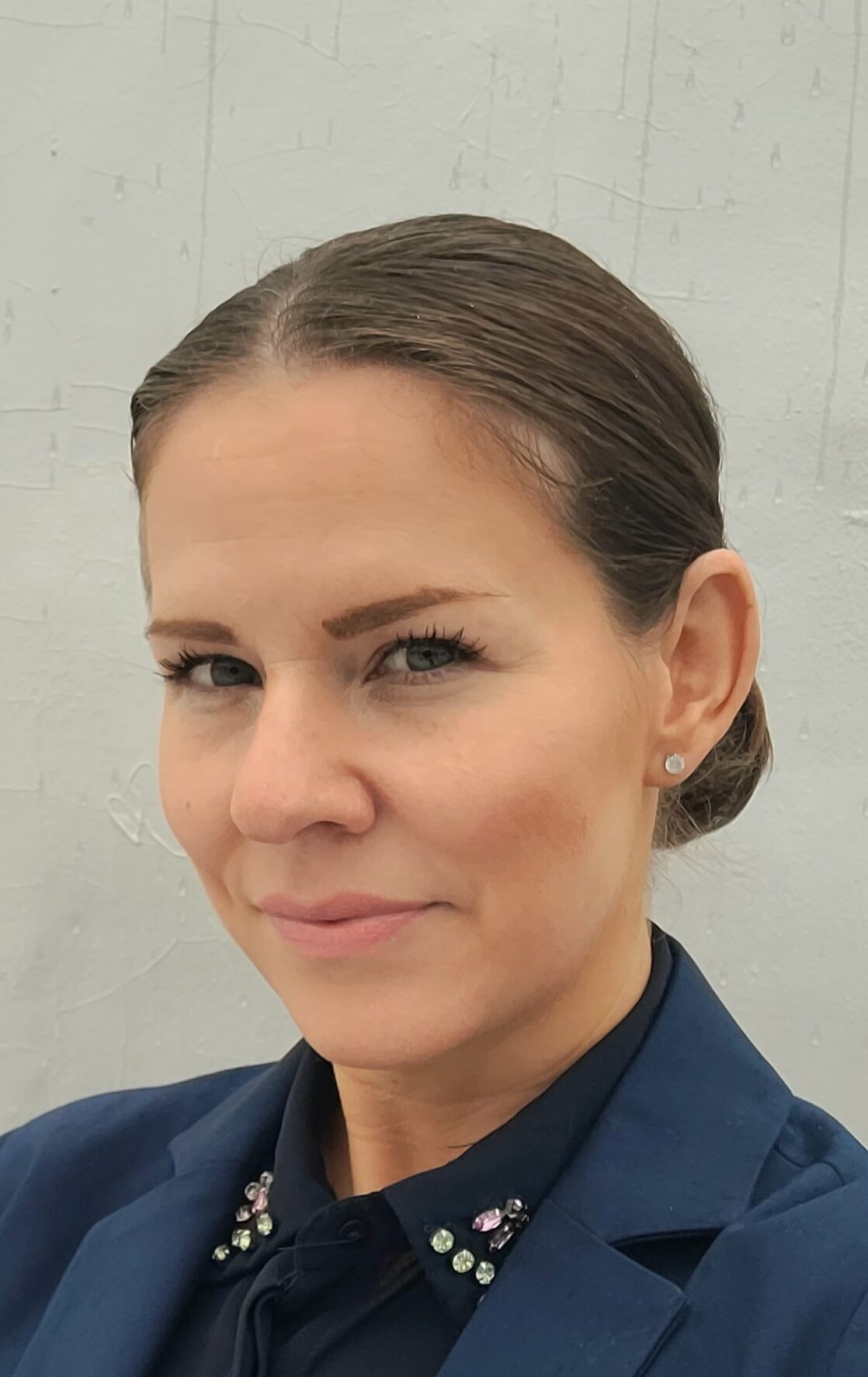 Ms. Regina Farrell, CPA, is the Manager of Accounting at New Legacy. In her capacity, she oversees the accounting, administration and audit functions of the Funds and Special Purpose Vehicles.

Ms. Farrell joined New Legacy in 2022. Prior to joining New Legacy, she worked as the Senior Fund Accountant for 5 years at NCH Capital. Ms. Farrell started her career as an auditor in public accounting at KPMG, where she worked with clients in the alternative investment space.

Ms. Farrell graduated from Loyola University with a Bachelor of Business Administration in Accounting. She earned her CPA certification in 2013.